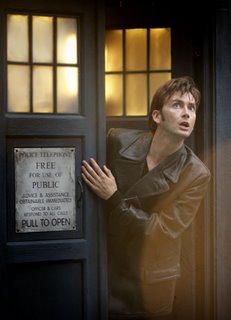 Mind you, it does feel like in some way I was keeping the spirit alive through those 'wilderness years' and now that Doctor Who is well and truly back, my work is done. Time to pass the baton. I've earned my rest.
Posted by Paul Scoones at 2:37 pm

A while after writing this entry I realised that some years ago I was 'prepping' my then-assistant editor, Nick Withers, to thake over the TSV editorship. That was in early 1996 - just as the TV Movie came out. Nick didn't stick with it and neither did Paul McGann. Hmmm...