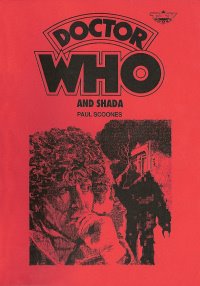 From the time that I started collecting the Target Doctor Who books (some twenty-five years ago), I decided I wanted to be a writer and to write my own novelisation of one of the stories. Shada was the realisation of this dream, and as such it is immensely satisfying to see this book finally immortalised online for all to enjoy.
Posted by Paul Scoones at 10:16 am No comments: