TSV 37 has now been added to the TSV online archive (just ahead of the print publication of its mirror opposite, TSV 73).

This issue was originally published in January 1994 and features a long interview with Gary Russell. The interview is a snapshot of a moment in time when Gary was editor of DWM, the telesnaps had just been found, and his first New Adventures novel, Legacy, was about to be published. The interview was conducted by Jon Preddle during a trip to the UK.

Whilst in the UK Jon also attended a day of location filming for 30 Years in the TARDIS, at Butler's Wharf. Jon's report with accompanying photos (some of which were purchased and used in DWM) appears in this issue.

The issue also includes include my own detailed analysis of the plot of Warriors' Gate. The article came about when someone at an Auckland Chapter meeting suggested that this story needed explaining. Warrior's Gate is one of my all-time favourite stories so I needed little persuasion to tackle the subject. I'm particularly proud of the result, and submitted it for consideration when Paul Cornell was soliciting fanzine articles for his Licence Denied book. The article didn't make the cut, but it was one of the first things I got Alden to post online a few years ago, when the TSV Archive consisted of just a small handful of items from scattered issues.

The other article I wrote for this issue was a fairly scathing critique of Dimensions in Time, along with a synopsis for the benefit of the majority of TSV readers who would most likely have not seen this mini-story.

Graham Howard contributed a thought-provoking article about the ethical morality in the New Adventures novel Cat's Cradle: Witch Mark, drawing interesting parallels with Blade Runner, which is one of my all-time favourite movies.

Issue 37 also saw the introduction of a new look for TSV covers, with the move from using coloured card in favour of white card with a spot-colour logo. This was an innovation suggested by the printers, and required a change to the cover layout to keep the artwork clear of the logo, for colour separation purposes. Most previous covers dating back to TSV 21 had seen the logo laid over the top of the artwork. The spot-colour lasted for six issues but the practice of keeping the logo and artwork separate remained right up until this year.

TSV 37's cover featured a striking piece of artwork by Alden Bates that he'd intended to appear alongside his short story The Last Words which also appears in this issue. Alden's story was missing part of the text on publication in the issue. I wasn't responsible for editing the fiction at the time and only became aware that the story was cut when Alden pointed it out to me some years later. Needless to say, the online version is complete.

Paul
Posted by Paul Scoones at 4:39 pm No comments:

The formerly well patronised Auckland Chapter of the New Zealand Doctor Who Fan Club has been inactive for many years. A lot of that had been to do with the lack of a new series, and by the time it did come back last year, most fans were in a position to obtain episodes fairly quickly on their own, negating demand for a revival of the once-popular video days.

The newly revived Auckland Chapter therefore is much more of a social beast. I find it far more appealing and edifying to sit around talking over a few drinks and some food than it is to all cram into a inadequately ventilated room to peer silently at a TV screen.

After the initial novelty of last month's inaugural pub meet I was concerned about a decline in numbers, but we again had thirteen people which was about as many as we could comfortable cram in around a few tables dragged together. Thirteen people constitute a 'Fandahleen', according to the ever-inventive Jon Preddle, who spontaneously invented a hand signal to demonstrate this. This is in danger of becoming a regular in-joke, especially if we keep hitting the same number.

Oddly enough despite the same number in attendance it was rather a different crowd; around half the contingent this time hadn't been there the previous month. A few travelled all the way from Hamilton, and there were even some people from the dim distant past, including Chris Mander, Bevan Thomas and Tim Hill, in attendance. At times it felt more like a reunion event than a regular meeting.

Rochelle brought along Doctor Who merchandise to sell, including the brand new Tenth Doctor novels that had just arrived the previous day, and we admired Adam's Marks & Sparks Dalek and TARDIS keyrings.

Jono launched the first issue of his free 'pubzine', Zeus Plug, which seemed to be well received by everyone. Normally I'd be somewhat wary at the prospect of another New Zealand Doctor Who fanzine starting up, since TSV struggles for local contributors as it is, but Zeus Plug is not very much like TSV, and it's a stretch to think of it as a competitor. I've written a couple of pieces for forthcoming issues.

The pub meet started at 6pm and the last of the group left shortly before midnight, so it was a long night for those who stayed the distance, and bodes well for future monthly meetings.
Posted by Paul Scoones at 2:18 pm No comments: 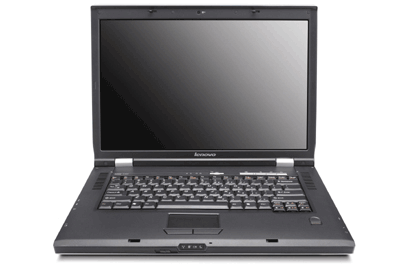 Lenovo is a relatively new company who've taken over manufacturing computers from IBM. This model was recommended to me through the guys who do the computer category purchasing at my work, and I've been very impressed with it thus far.

My old laptop, a battered Sony Vaio, was a free hand-me-down my uncle. He'd used it whilst travelling the world in his capacity as a underwater wildlife cameraman for the BBC, and understandably it had suffered quite a few knocks and scrapes on its travels. This poor old Vaio laptop whirrs loudly whenever it's on, takes ages to open any applications and generates enough heat to double as a sort of electronic hot water bottle.

The new laptop is very quiet and extremely fast. It comes with a tiny built-in webcam, a built-in wireless modem, a and a fingerprint reader which can bypass the need to enter passwords.

I've also finally equipped our house with a wireless router (something I've been meaning to do for months), so we have broadband Internet access without needing to stay couped up in the study. I can now multi-task whilst sitting in front of the TV, lying in bed, or whilst cooking dinner - as I did last night. Of course this new laptop has the added attraction of doubling as a portable DVD player, and whilst the built-in speakers are too tinny to be of much use in this capacity, the sound quality through headphones is exceptional. I tried out a DVD on it a few nights ago and was so impressed with the picture and sound through the laptop that I ended up watching the movie all the way through.
Posted by Paul Scoones at 1:56 pm No comments:

Just a couple of days after my previous post, my home PC died. When I say it died, it froze up whilst I was out of the room and I couldn't get it to restart. After calling in an expert the diagnosis was that the harddrive had physical damage and needed to be replaced. Annoyingly, the computer was just a few months out of warranty. One new harddrive and a hefty repair bill later, the computer is once again functioning properly, but very little could be saved from the original harddrive.

Things could have been a lot worse - as it is we've lost at most about most two months worth of data. I'm very thankful that I'd backed up the files from my PC to my portable harddrive (an indispensible Iomega 160GB unit - everyone should have one of these!) just before we left on our South Island trip.

Annoyingly, I'd been planning to update my backup just before the PC crashed. I've resolved to backup more frequently in future!
Posted by Paul Scoones at 1:13 pm No comments: