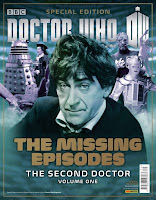 In the article, those two sentences amount to 40 words. My suggested rewrites above come to 43 words. That's right, just three additional words could have fixed this.
Posted by Paul Scoones at 5:29 pm No comments: