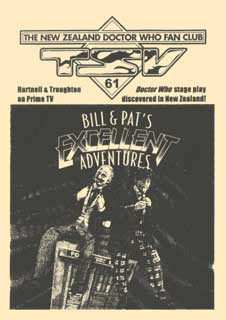 As of tonight I've hit two targets in the writing of my book, The Comic Strip Companion.

I've just completed another chapter - that's eleven in total I've written now (another six to go before the book's finished). I've also just passed the 120,000 word mark. This is a significant personal milestone.

When I started writing the manuscript last year I estimated that the entire book would be 120,000 words long. The contract I signed with the publisher stipulated a 100,000 word minimum; I thought at the time that 20,000 words over this would be a comfortable margin.

It has long since become apparent to me that this was an hugely overly conservative estimate, and I now expect that the book will end up being somewhere around 185,000 words.

The process of writing the book has been governed by setting targets and planning ahead. I have mapped the book out on an Excel spreadsheet and I update this each day. My aim has been to write about at least one complete comic strip story each day, though of late my writing time has been reduced to three days a week due to other commitments.

I wanted to complete the latest chapter before taking a few days off over Christmas, and I've managed this with a few hours to spare; next week it'll be time to open another Word document and start work on another chapter, every day a step closer to completion!
Posted by Paul Scoones at 10:25 pm 1 comment: 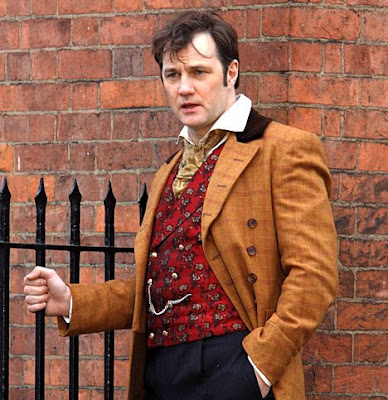 This is the burning question for many Doctor Who fans right now, mere days away from the broadcast of the new episode due to screen in the UK on Christmas day.

The Christmas special, entitled The Next Doctor, features David Tennant's Doctor encountering another individual also calling himself the Doctor, played by David Morrissey (and thus reuniting the two Davids, who were previously seen together on screen in the wonderful Blackpool mini-series).

A brief preview clip from the story (which I'm assuming is the entire pre-credits sequence) screened as a fundraiser for the Children in Need charity appeal a couple of months ago, showing the Doctor's initial encounter with this other Doctor.

But is Morrissey really the Doctor...? The BBC isn't saying - and speculation is especially rampant in light of the recent news that David Tennant is stepping down from the role in 2010. Despite intense media speculation, his successor has yet to be announced, and it's likely that any casting revelation is deliberately being held back until sometime after the screening of The Next Doctor, in order to maintain the air of mystery and anticipation surrounding this episode. There doesn't seem to be likely though that David Morrissey will take over from David Tennant as the new star of the series as the episode was recorded many months ago, long before Tennant announced that he was leaving.

So assuming that this is a one-off role for Morrissey as the Doctor, it seems to me, based on the preview clip - and absolutely no insider knowledge - that there are four possible scenarios regarding the question of the Next Doctor's identity:

1) The Imposter Doctor: He’s someone else, a con-man knowingly masquerading as the Doctor for some reason. This would appear to be the most obvious answer, were it not for the fact that in that preview clip the Next Doctor doesn't seem to recognise the Doctor as anyone special, at least initially treating him as an ordinary bystander. He mentions the TARDIS to his companion, Rosita, has his own sonic screwdriver, and appears to be aware of the Cybermen. If he's a ordinary guy pretending to be the Doctor, he's rather too convincing. So I don't think this is the most likely scenario.

2) The Arch Doctor: He’s someone else, but genuinely believes himself to be the Doctor, having been exposed to the Doctor’s memories. There’s a precedent for this in Series Three when the Doctor used the chameleon arch to place his memories and personality inside a fob watch (in the episodes Human Nature / Family of Blood), and when this watch found its way into the possession of a human school boy, Tim Latimer, his limited exposure to the watch provides him with some of the Doctor’s memories. What if the Next Doctor has one of these watches and has had his mind altered so that he thinks and behaves as if he really is the Doctor? It’s a theory given weight by a couple of advance publicity photos, which shows the Next Doctor with a fob watch. If this is the case though, where does he get his TARDIS (the one he mentions to Rosita), from…?

3) The Rift Doctor: He really is the Doctor, but from an alternate universe. The presence of the new series version of the Cybermen in this story makes this scenario all the more plausible. The Cybermen originated in a parallel reality and crossed over into ‘our’ world through the rift. In the previous story, The Stolen Earth / Journey’s End, the walls between dimensions broke down, enabling Rose Tyler, Mickey Smith and Jackie Tyler to return to our world from where they had been sealed off in an alternate reality. What if the Next Doctor is from that reality (or another one), and has come through the rift with the Cybermen? I’m favouring this scenario being the mostly likely one, but there’s another to consider…

4) The Real Doctor: He is actually the Doctor. Not someone pretending, not transformed by a watch, and not from another reality. Well and truly the Next Doctor; the Eleventh Doctor, the one that the Tenth Doctor will one day regenerate into. This scenario is possible if, in the course of events in this story, the Doctor does something to change his future so that this Next Doctor is wiped from history and never comes into existence. It’s an appealing idea, but perhaps not the most likely outcome.

If I were a betting man my money would be resting on scenario #3, but anything’s possible. The answer may even turn out to be something I haven't even considered above. For some time in the lead-up to last year's Christmas special, Voyage of the Damned (AKA The One With Kylie Minogue), fans thought that the story was set in the past aboard the actual Titanic, rather than - as it transpired - a replica spacecraft version of the ship in the present day. So this wouldn't be the first time that we've been led to believe one outcome when the truth is something quite different...