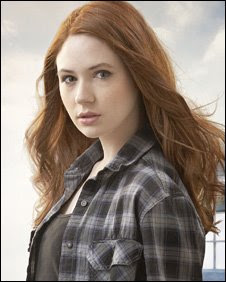 I think it's interesting that a trend's developing, in that Karen follows in the footsteps of Freema Agyeman and Catherine Tate, each of whom first appeared in a one-off role in the new series prior to being offered a regular part as the companion. Perhaps we're getting to the point where we'll start looking rather closer at each actress who appears in Doctor Who and sizing her up as the next companion!
Posted by Paul Scoones at 1:07 am No comments: 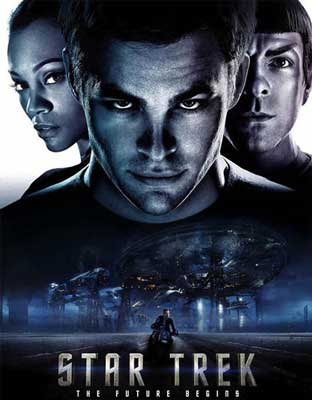 The first Star Trek movie I watched on the big screen was The Wrath of Khan. I went to see it with my first girlfriend, who was far more obsessed with Star Trek than I was. She was utterly inconsolable when Spock died at the end.

Seeing the new Star Trek film today I was left wondering how she might have reacted. No doubt she would have been relieved that Spock survived, but there’s some fairly radical retooling going on regarding the series continuity, with some devastating events that might induce weeping among some hardcore Trekkies.

I’ve watched most Star Trek episodes and movies and I once belonged to an SF club dominated by trekkies, but I wouldn’t call myself a fan. It certainly didn’t bother me that the new film effectively erases or at least drastically alters events from the moment of Captain Kirk’s birth onwards.

The new film does for Star Trek what the Daniel Craig version of Casino Royale did for the James Bond franchise in that it goes back to the beginning and retells the origins with a fresh outlook and a thoroughly modern appearance. The slate isn’t wiped entirely clean however. Just as Casino Royale retained Judi Dench’s M as a link from the old to the new, Star Trek has Leonard Nimoy’s Spock popping up to reassure viewers that this really is still the same old series.

The changes to the heavily-continuity laden Trek universe wrought by the film very cleverly reboots the franchise from the beginning - all bets are off as to what happens next for Kirk and his crew - whilst at the same time still allowing for the prior existence (from the elderly Spock’s perspective at least) of all of the television series and movies.

I thought the cast were on the whole very good, allowing for the fact that the actors had the difficult task of replacing some very well-established performers. For me the stand-out was Karl Urban, who absolutely nailed Dr McCoy’s dry cynicism.

Above all else, this film unequivocally breaks the ‘curse’ of the odd-numbered Star Trek films!
Posted by Paul Scoones at 9:42 pm No comments: