Happy 50th anniversary!
Fifty years ago today Doctor Who had its first ever overseas broadcast.

At 7.57pm on Friday, 18 September 1964, slotted in between NZBC Reports and The Burma Surgeon, the first episode of Doctor Who, An Unearthly Child, was shown in New Zealand to the Christchurch region on CHTV-3.

With that screening, New Zealand became the first place outside the UK to screen Doctor Who. 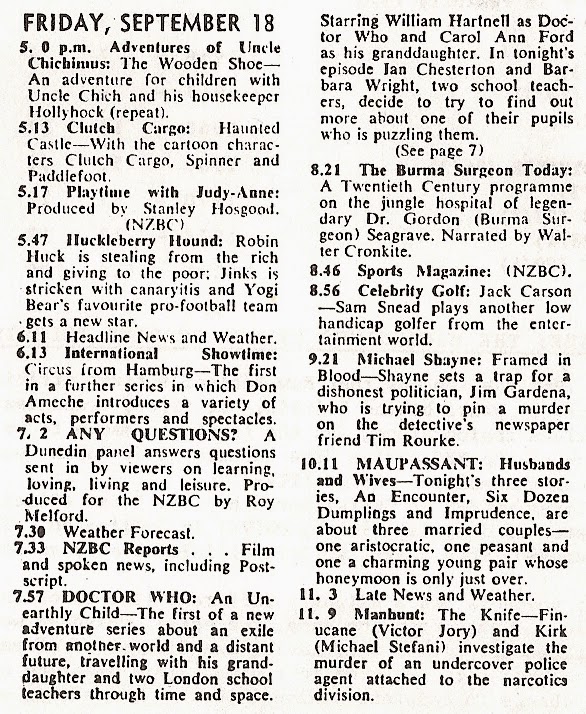 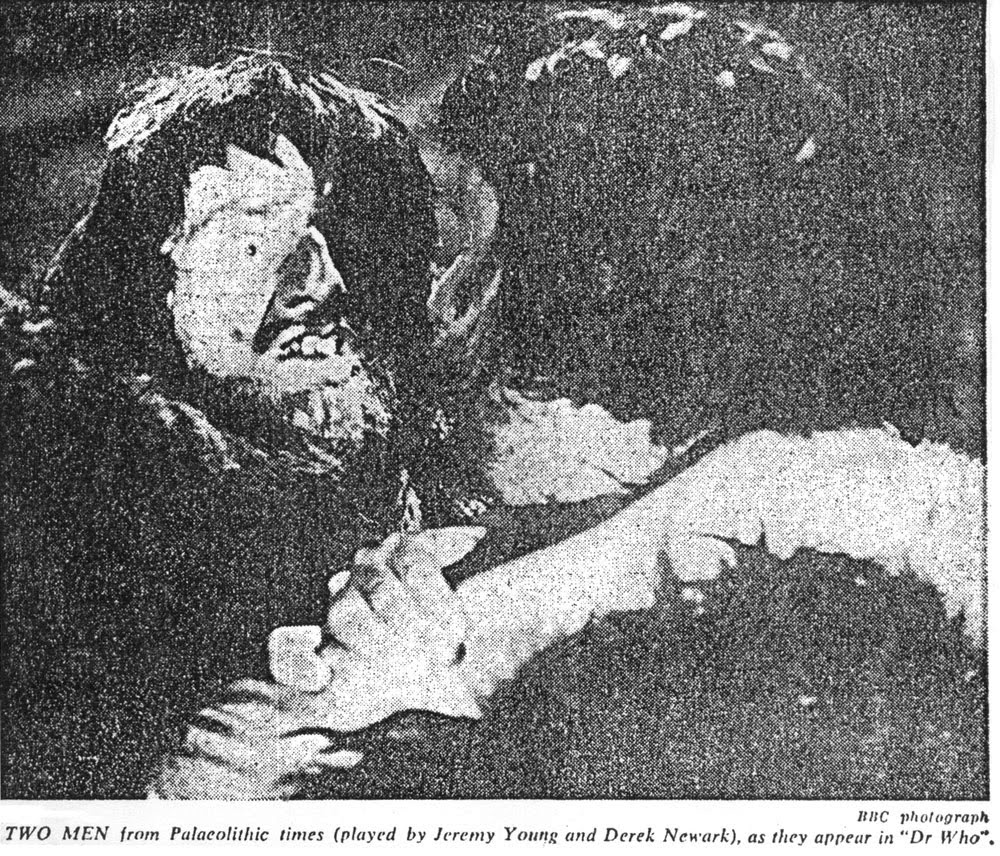 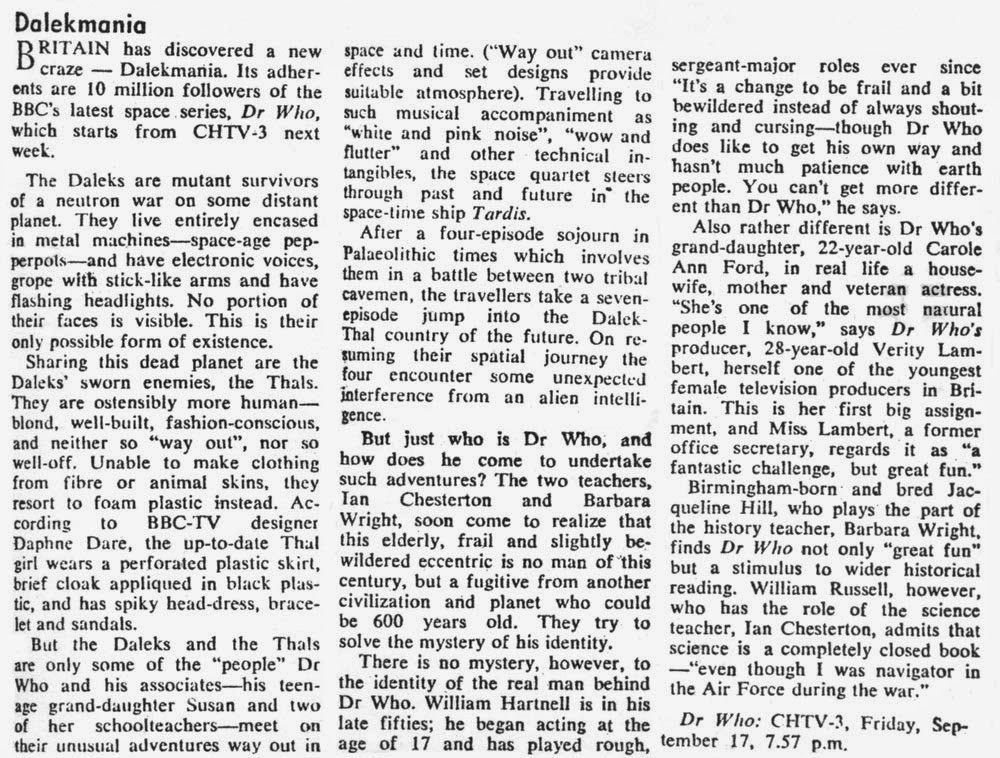 Photograph and feature article from page 7 of the same issue.

Posted by Paul Scoones at 5:07 pm No comments: